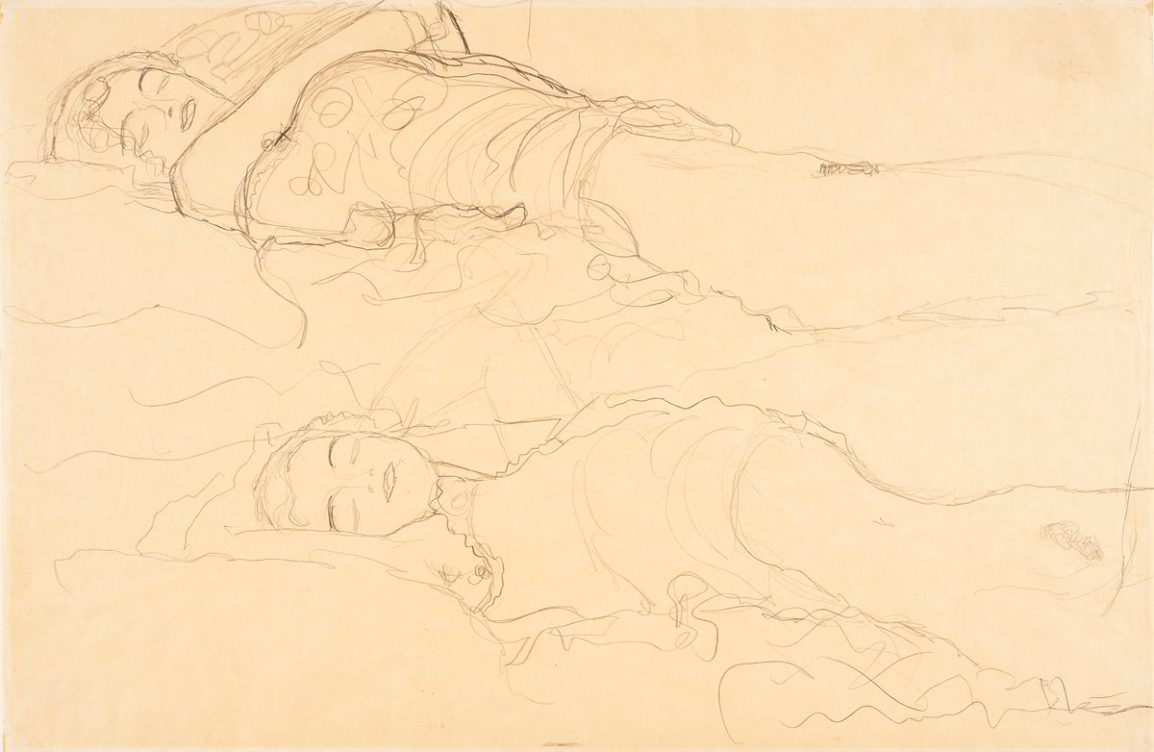 The ex-museum employee described the artwork’s location in her will.

A Gustav Klimt drawing that disappeared from an Austrian museum has turned up in the cupboard of a recently deceased former secretary of the institution. The woman, who reportedly took and hid the work years ago, left a will describing the drawing’s location and asking for it to be returned upon her death.

The drawing, Zwei Liegende (Two Reclining Figures), was taken from the Lentos Museum in the city of Linz. It was one of four works by Klimt and fellow Austrian artist Egon Schiele that were subject to a drawn-out lawsuit between the city and the heirs of the artist and collector Olga Jäger. Jäger had loaned the four works to the museum in 1951.

Three works by Egon Schiele — an oil painting, a watercolor, and a drawing — are still missing. According to a spokesperson for the city of Linz, there are “no serious indications” that the works were in the possession of the former Lentos Museum secretary…
Gustav Klimt Two Reclining Female Nudes (ca. 1916/1917).
Photo: Reinhard Haider, courtesy of Lentos Museum, Linz.
———————————————————–
See the story on artnet…
Klimt-Biography on wien.info…
Die ganze Geschichte auf monopol-magazin.de…