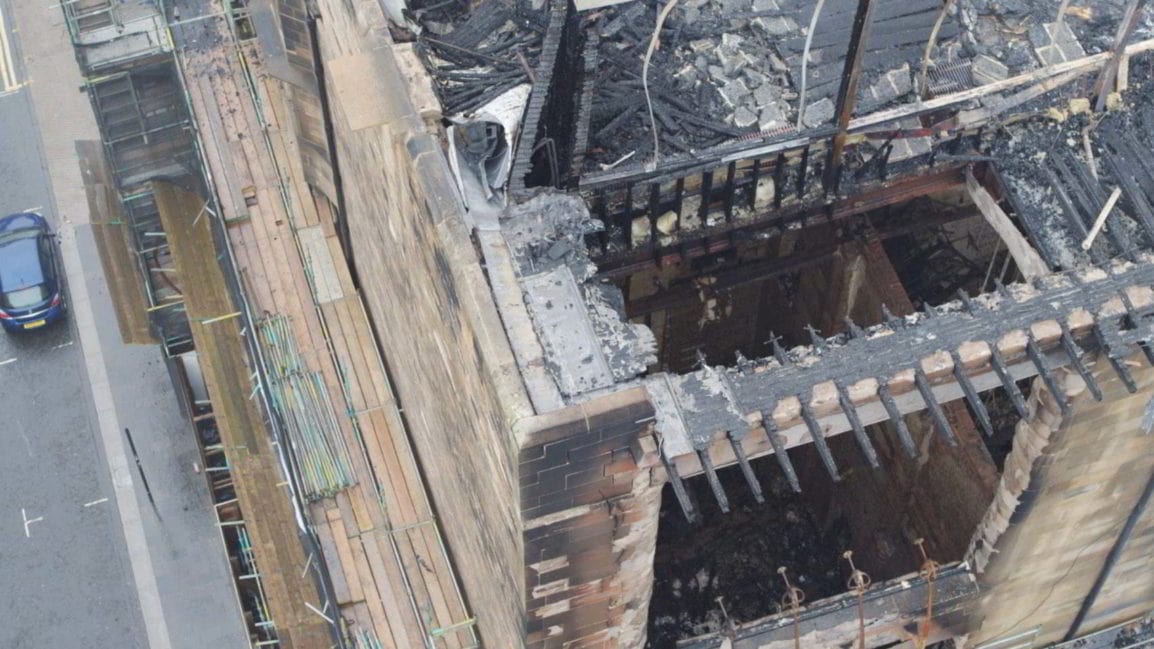 Art Gets Damaged All the Time. Here’s How It Gets Back to the Market

When a fire broke out in a second-floor storage space of Paula Cooper Gallery on July 10th, a number of Chelsea Art galleries were thrown into a mad scramble to save their valuable artworks. The cause of the fire, believed to have been electrical, is still under investigation, as is the extent of the fire and smoke damage to both the building and any works inside it.

A high-profile disaster, such as a fire in New York’s Chelsea gallery district, raises the question of what exactly happens when an artwork gets damaged in a commercial setting. Who should gallery employees call and when? Where does the responsibility lie? How are the works restored? How is their monetary value affected?

Artsy spoke to insurance brokers, lawyers, gallerists, a conservator, and an appraiser to understand what happens to a damaged work, and how it can find its way back to market with its value intact (or not).

How do works get damaged in the first place?

Judging from the news, you’d think the majority are ruined by careless visitors, with rambunctious children and selfie seekers as some of the most egregious offenders. In fact, these kinds of mishaps are fairly uncommon. Damage is usually caused during transit—in shipping, handling, and installation.
“My biggest worry is shipping,” said Louky Keijsers Koning, founder of the Lower East Side’s LMAKgallery. “A lot depends on how works are packed. Sometimes I’m surprised certain works arrive safely as packaged.”
Keijsers Koning remembered one specifically terrifying moment that took place a few years ago, when she received a glass-framed drawing from Europe that clearly had not been packed per her instructions. When the delivery person arrived, “I took the package and heard glass in the box,” she recalled. “The pieces of glass had torn the drawing in some spots. We spoke with the artist, who was a little bit devastated. Insurance took care of it, but the artwork was gone. And the next year, my premium went up.”
Anne Rappa, senior vice president at fine art insurance broker Huntington T. Block, said she has seen a wide range of shipping and handling problems over the years, from forklift damage (“It went directly through the canvas, which is always completely heartbreaking”) to crates containing artwork with dirty footprints on them. She also remembered the devastating effects of Hurricane Sandy, in which damage was caused not only by the corrosively salty, dirty water, but also by the strength of the waves, which caused floating objects to crash into valuable works. “It was the most imperfect of storms,” Rappa said, adding that it was the first time in her career that she’d had to handle multiple geographic locations impacted simultaneously, from Brooklyn to Long Island City to Chelsea…
PHOTO: Drone footage has revealed the full extent of the damage following the devastating  fire.
Image courtesy of the Glasgow School of Art

Read the story on artsy.com…

The extent of damage to the Glasgow School…