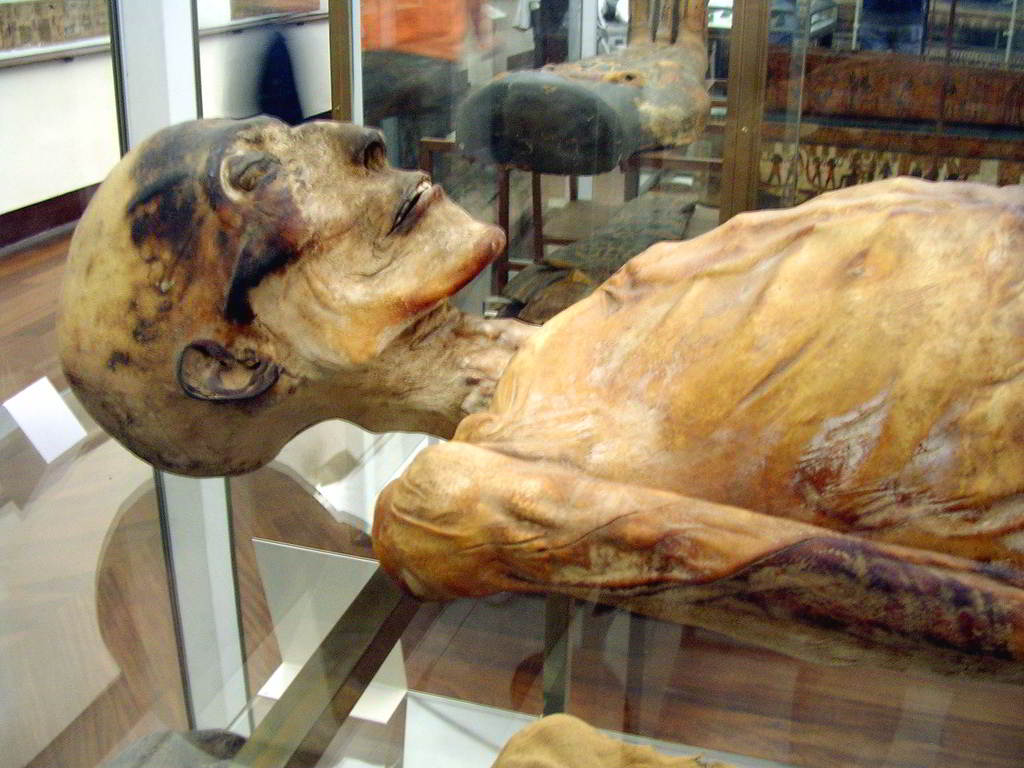 Lord of the mummies: Viennese Nikolaus Barta insures the treasures of the Egyptian Museum in Cairo, whose future lies in the balance in the wake of the revolution.

At its height, the world famous Egyptian Museum was visited by 1.5 million people a year. After the revolution this figure sank to zero. And now, sooner than expected, the first tourists are coming back, numbering an estimated 50,000 this year. Austria’s well-known weekly magazine “NEWS” portrayed art-insurance expert Nikolaus Barta.

This is also good news to Vienna’s Nikolaus Barta, who despite the 37 degrees on this Monday morning is wearing a suit complete with breast pocket handkerchief – his professional apparel. Since 1978 he has been working around

Probably his most prominent client however is in Cairo. For six years he has been responsible for the fact that the up to 6000-year-old treasures of the Egyptian Museum have survived these modern times unscathed. It has been lucrative – the damage ratio a sensationally low 15 per cent – and not particularly exciting.

the world as an art insurer. Seven years ago he oversaw the transport of “The Lady in Gold” (Goldene Adele) and four other Austrian restored Klimt paintings in the USA. Insurance sum: 400 million dollars. He assumed liability of the gold of Nimrud in Bagdad – against terrorism. And in Singapore he guaranteed the security of the collection of the Art Science Museum.

Probably his most prominent client however is in Cairo. For six years he has been responsible for the fact that the up to 6000-year-old treasures of the Egyptian Museum have survived these modern times unscathed. It has been lucrative – the damage ratio a sensationally low 15 per cent – and not particularly exciting. Now it is the opposite. “After the revolution much has changed” says Barta. The job of the General Director, which was appointed for life under Mubarak, has been issued four times since 2011. The candidates threw in the towel early because no salaries were paid out.

The Pharaoh is uninsured.

Barta has now flown to Egypt to negotiate the future of the Egyptians’ treasures. In the meantime the new rulers also do not take the payment morals so seriously. No premiums have been paid for over a year. “A collection like that of the Egyptian Museum can only be insured at a flat rate, and not piece for piece”, explains Barta. “So we had a premium model which was linked to the number of visitors.” No visitors, no money. And how did it last so long? So far, at least two circulating Tutankhamun exhibitions have toured the world, for which the host countries paid high premiums.” Enough to include head office in the insurance. Yet the last exhibition has returned from Tokyo because in Egypt the opinion is currently being expressed that cultural assets should stay in their country of origin. Where the insurance money should come from, no one knows.

Read the story on NEWS-online…