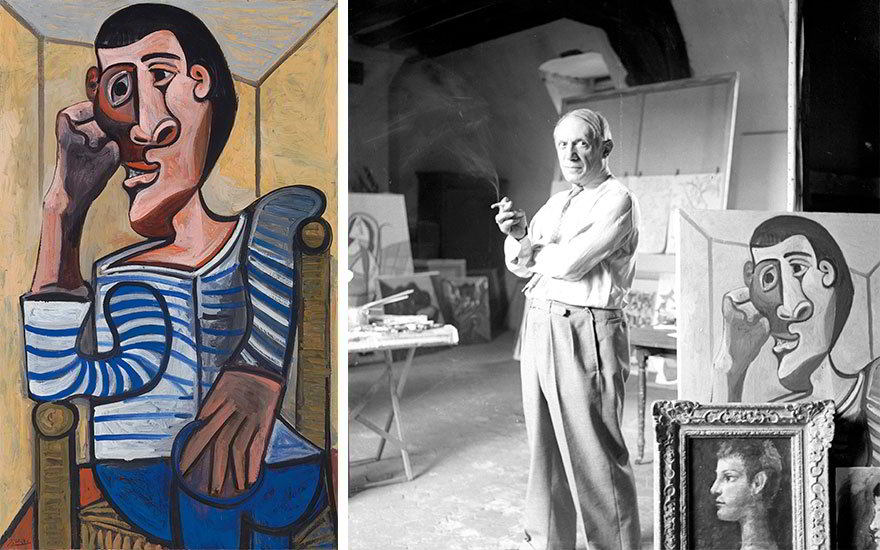 Art: How to Restore a Damaged Painting

Collectors who learned through news reports that a painting owned by Steve Wynn was damaged before it was to be auctioned at Christie’s evening sale of impressionist and modern art on Tuesday likely took in a collective gasp.

The painting, Pablo Picasso’s 1943 self-portrait, Le Marin (The Sailor), was examined after the accident by outside conservators who “have made recommendations for the successful restoration of the painting,” Christie’s said in a May 13 statement. Wynn withdrew Le Marin as well as Picasso’s 1964 painting, Femme au chat assise dans un fauteuil, from the sale.

The two paintings, as well as a third, were intended as a “kickoff sale” for Sierra Fine Art LLC, an art business Wynn created after stepping down from Wynn Resorts in February in the wake of allegations of sexual misconduct.

But just how do you restore a masterpiece? And what does “successful restoration” mean? Can a work ever be restored to its original value?

Christie’s statement was optimistic on the outcome, but the answers will depend on how badly the work was damaged, where it was damaged, the quality of the restoration and, of course, the dynamics of the art market, experts say.

Steve Wynn reportedly sold Picasso’s Le Reve for US$155 million in 2013, seven years after he had damaged the painting with his elbow. The price he received was about US$16 million more than he had expected to sell it at for before the accident.

Whether Wynn can achieve a similar result with Le Marin isn’t clear. The accident happened at Christie’s Rockefeller Plaza galleries on Friday, May 11, when an extension pole used for painting with a roller slid from a wall where it was leaning and fell, according to Michael Kosnitzky, a partner in the private wealth practice at Pillsbury Winthrop Shaw Pittman in New York, and an outside counsel for Wynn and his family. The pole was leaning against a wall in a “viewing area,” Kosnitzky says…

Read the story on barrons.com/penta…